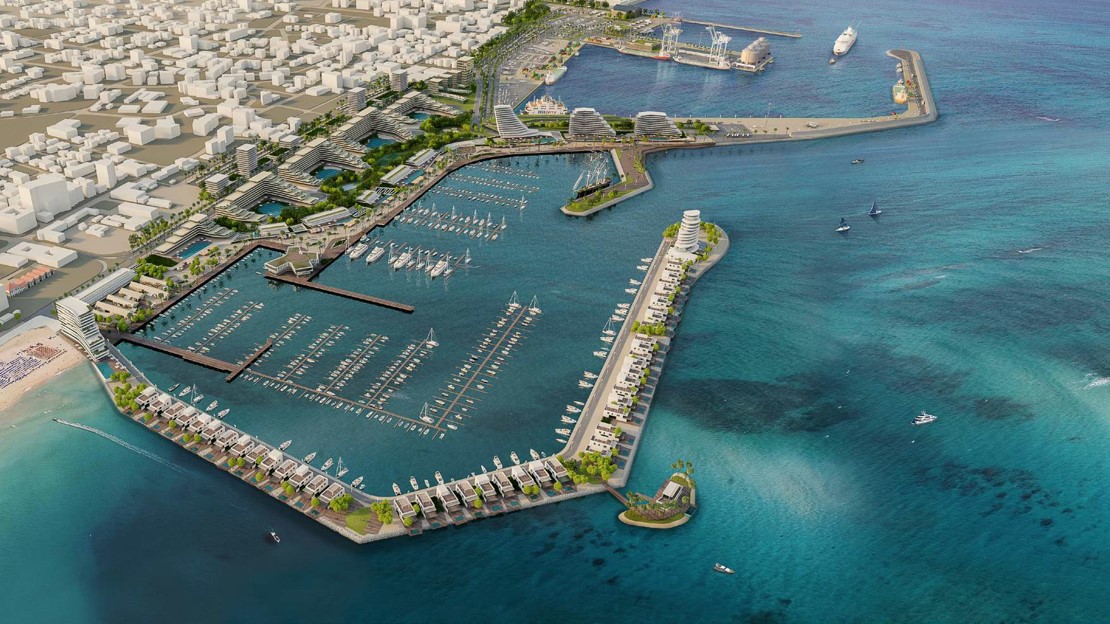 Cabinet on Friday gave the green light for the signing of the contract for the redevelopment of Larnaca port and marina, a project estimated at €1,2 billion, the island’s largest infrastructure project of its kind.

The project covers the restructuring of Larnaca marina for 650 berths, the port and surrounding land development over an area of 332,449 sqm which is expected to see the consortium invest more than €1 billion.

The project will be carried out over the next 15 years, starting in January 2021. It will include among others the expansion of the port and marina and the creation of space for social and cultural activities, hospital and educational Centre as well as green areas and walkways.

As part of the marina development, there will be a yacht club with a retail park, a passenger terminal at the port plus hotels, a private island and residential properties.

The unprecedented scale of the project includes residential and commercial development with innovative architecture, streets, and parks.

Transport Minister Yiannis Karousos said “the additional estimated financial benefits for the area, apart from the creation of new job opportunities, are expected to surpass €120 million annually after the completion of the project”.

The redevelopment was assigned to the consortium Eldeman Holding BV and Alexandrou Corprorate Services Ltd.

“The transport ministry will be present and a close collaborator in their long-term project,” Karousos said.

Plans for expanding and privatising the Larnaca marina have been plagued by years of delays and failure to find investors.

Back in 2010 the government struck a deal with Zenon Consortium for a €700 million project to transform both the existing port and marina. The consortium failed to raise the necessary funds even though the government extended the deadline up to 20 times until 2015 when the deal fell through.

Much of the blame then fell on the recession and the 2013 banking crisis.